Burton Bike Bits is a family-run business which is now operating purely on a mail-order basis.

The business was started by myself (Mick Page) in 1979 from premises on Edward Street in Burton-on-Trent. Prior to this however, I was supplying the trade. In 1981 I purchased the Royal Enfield ex factory stock from the late Matt Holder at Aerco Jig and Tool.

Then, in 1982 as our stock had grown we moved to new larger premises at Princess Street, Burton on Trent.

In 1986 we moved to the former Burton Motorcycle Centre on Waterloo Street. The move coincided with my daughter, Carolyne joining the business. After ten years we had again outgrown the premises and purchased the two adjoining shops, previously a butchers and bakery. 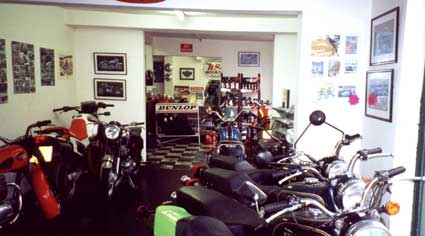 Due to continuing expansion of stock and the increasing popularity of mail-order we decided to move yet again to purpose built premises on the outskirts of Ashby-de-la-Zouch, in the heart of the National Forest. At present we hold approximately 30’000 different product lines and also specialize in petrol tanks and mudguards. Whatever your requirement don’t hesitate to contact us with the part number if possible and we will do our best to cater for your needs. 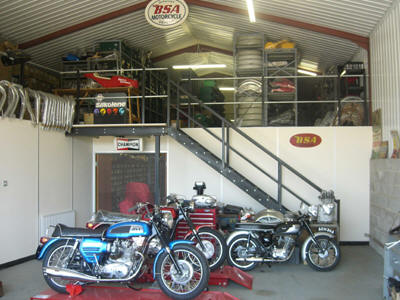 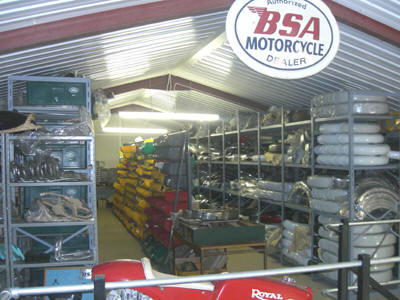 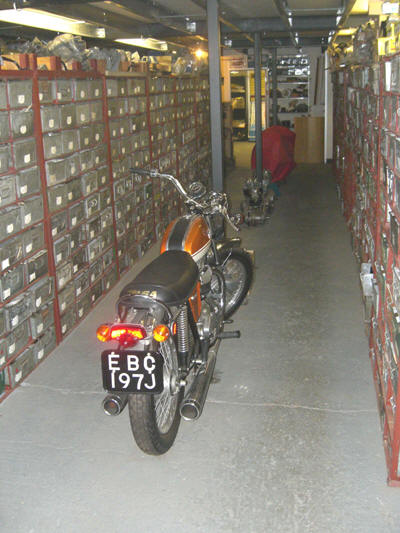